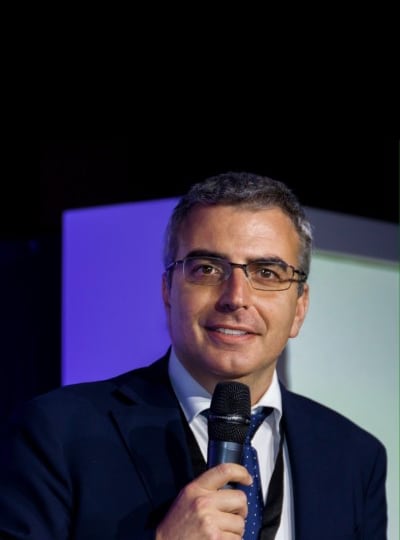 Massimiliano Rega is a Senior Executive with global experience in international telecommunications, consulting, fitness and media companies. He has a PhD in Management Engineering (Enterprise Engineering). His thesis focused on Omnichannel Selling and Customer Experience (Integration of Digital / Ecommerce with Teleselling and Retail).

Massimiliano Rega began his career as a consultant and now with 20 years of experience, has developed a methodology and skills that have enabled him to build his personal and professional specialities.

He began his career at S.N.C.F. in Paris in 1993 before becoming a consultant in Andersen Consulting in 1995. Massimiliano began working in the international sector in 1996, joining the Telecom Italia group in TMI Telemedia International SPA until 2000. In 2000 he joined Accenture as a manager and was promoted to Senior Manager - Strategy, responsible for several European projects for leading telecommunications and media companies. From 2004 he worked for Sky in the role of Head of Sky Service & Sales Operations, before taking on the responsibility of Service & Delivery Director in 2008, later adding responsibility for the Customer Experience Directorate.

From 2012 to 2017 he worked at Technogym SpA as COO - Consumer Sales Marketing and Service Operation in addition to being a member of the Board of Mywellness SpA. From 2017 to present he is an Adjunct Professor at the Faculty of Engineering, University of Rome Tor Vergata - Chair of Economics and Business Organization.

In 2018 he founded MRC Omnichannel Sagl in Switzerland, a company that manages the development and implementation of innovative solutions in the world of Omnichannel and Digital sales. Through collaboration with Holding and Investment Companies, he contributes to the operational management of realities operating in the Food, Beverage and Home sector in Europe and the Middle East. He has also been a major shareholder, Board member and Managing Director at PG Italy since 2018. PG Italy is amongst the leaders in Italy for the sale, installation, and maintenance of electrical, network, internet, wireless broadband, and TV reception systems PG Italy; it operates with more than 1,500 installer technicians, 180 points of sale, and with 110 proximity warehouses for services.

Massimiliano Rega was born in Rome on 11 August 1969. In 1994, he graduated in Engineering from the Tor Vergata University in Rome. He continued his academic career by obtaining a Master Black Belt degree in Lean Six Sigma at Mip Politecnico in Milano. He currently holds a Ph.D. in Business Engineering from the University of Rome Tor Vergata with a thesis on multi-channel and omnichannel sales. In 2011, he was also certified as a European Master Logistician at the Strategic Management level at ECBL and ELA.